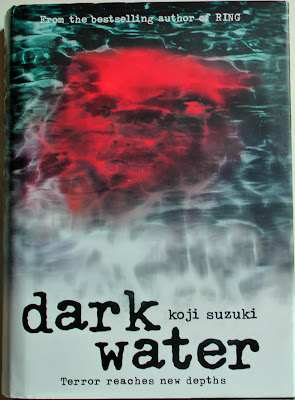 Dark Water by Koji Suzuki (author of Ring and Spiral) is a collection of short stories that are all connected to the theme of water in some way. You might recognise the title, as the film, Dark Water directed by Hideo Nakata, was based on the first story Floating Water. The book was originally released in 1996 in Japanese as Honogurai mizu no soko kara (Translation: From the Depths of Dark Water), which I think makes more sense in the context of the theme, but it's not really important.

The book opens with a prologue and closes with an epilogue, both of which are half of a story about a grandmother weaving eerie plots to entertain her granddaughter. These frame the collection of tales well, although only the last story Forest Under the Sea seems to be directly linked to them. I'm not sure if the other stories are supposed to be the ones which the grandmother is telling, but they don't really seem like something you'd tell a little girl, so I assume not.

Koji Suzuki's writing style is fantastic! Admittedly, I haven't read the original Japanese version, but the translation manages to make a detailed account of a man fixing a tap (in Watercolors) really interesting. I'm not sure how that's even possible, but Suzuki managed it. He's also extremely talented at building up tension and creating creepy scenes, which makes Dark Water a lot of fun to read.

However, there are two big problems with this book: the characters and the endings. For the most part, Suzuki portrays the female characters as neurotic or annoying and the male characters as violent and cold, but doesn't really add anyone with a personality that makes you care what happens to them. Adrift, Forest Under the Sea and, to a certain extent, Dream Cruise had somewhat likable characters in, but the endings were predictable.

In fact all of the stories had predictable or unsatisfying endings to them and that, more than the characters, was the disappointing aspect to the book. Some felt unfinished, whilst others just made very little sense. I don't mind open-ended plots or fantasy / paranormal-based tales, but it often seemed like Suzuki had begun writing a full-length novel, couldn't think of a good ending and so turned it into a short story instead.

Overall, while I did enjoy Dark Water and Suzuki's way with words is wonderful, the endings ultimately let the book down. It's worth reading, but it's not, by any means, Koji Suzuki's best work.

Posted as part of the Month Before Halloween event: 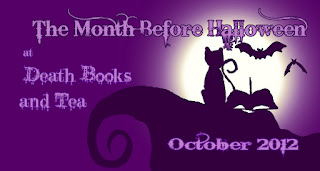