Movie: Truth or Die (2012, AKA Truth or Dare)
Director: Robert Heath
Starring: Liam Boyle, Elana Di Troya, Jack Gordon
About: This is a British movie about a group of teens who while at a party, play a game of 'Truth or Dare', but the game gets out of hand when one of the party goers (Felix) is picked on by the other teens. A few months later they are all invited to a party that Felix is throwing at his parents mansion. But when they get there they are told the party is in a cabin further up the road. They arrive to find that Felix's brother is there instead, but where is Felix, and what does his brother have in store? -Michael Hallows Eve 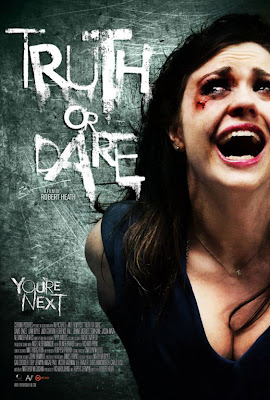 About: Every 40 seconds a person goes missing. In northern Idaho, a group of teenage girls attended a summer camp to help them connect with nature without technology. They were told it would be a summer of change. As the girls' houseboat is suddenly stranded in the middle of the river an odd couple comes to their aid. What was suppose to be an act of kindness turns deadly as the girls find themselves on the run, being pursued through the forest by a brutal and determined killer.

The Crimson Reviewer shares his thoughts on Glenn Withrow's 'The Mooring (2012).
To watch more of The Crimson Reviewer's videos make sure you subscribe over at his channel:
http://www.youtube.com/user/CrimsonReviewer/videos
Posted by Lilia Tombs at 10:11 1 comments 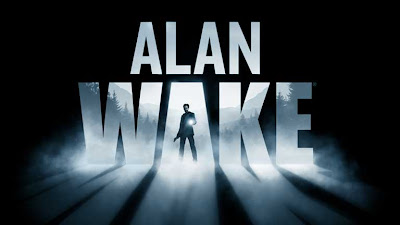 For the next week you can get the collectors edition of horror game Alan Wake and it's expansion (American Nightmare) for whatever you feel like paying for it (minimum is $1) via the Humble Bundle website. The site is unique in that when you pay you get to choose who gets your money; divided between the website, the developers and charity and other causes.
Anyway, the game's description is as follows:

"When the wife of the best-selling writer Alan Wake disappears during their vacation to Bright Falls, Wake’s search turns up pages from a thriller he doesn’t even remember writing. A dark presence stalks the small town, pushing Wake to the brink of sanity in his fight to unravel the mystery and save his love."

Humble Bundle Deal page
Here's a video of a guy who can describe things better than I can! 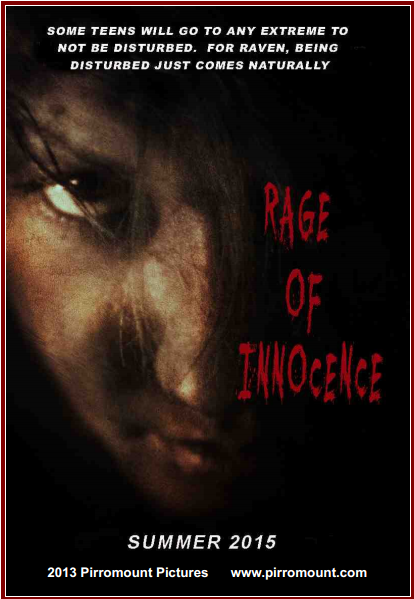 
Veteran filmmaker Mark Pirro writer/director of such cult classics as Deathrow Gameshow, Color-Blinded and most recently The God Complex is set to begin principal photography on a terrifying new production entitled Rage of Innocence. Departing from the comedic tone, a standard of Pirromount's previous features, this is their first venture into a psychological thriller.

The movie centers around a high school teacher Vincent Marsden played by John McCafferty (Deathrow Gameshow, The God Complex) who begins a relationship with a female teacher. He soon discovers that his lover's teenage daughter Raven Sutton played by actress Stef Dawson (Wrath, Shadow of the Monarch) is psychologically unbalanced. Raven stops at nothing to keep him from dating her mother. Her violent rage escalates and spirals into a dangerous web of lies, deceit and ultimately forces him to play her deadly game. It’s Fatal Attraction meets The Crush. 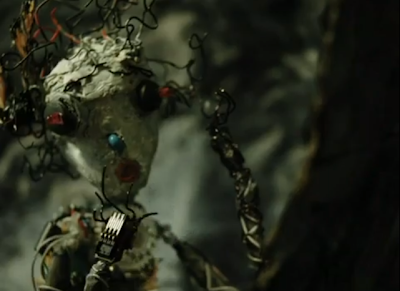 Bloodfeathers is a a creepy claymation short animated by Vanessa Soberanis with sound design by Ryan Edberg. The story centres around a robot who "longs for the impossible", which ultimately causes it to descend into disturbing fits of rage and, ultimately, self-destructive madness. 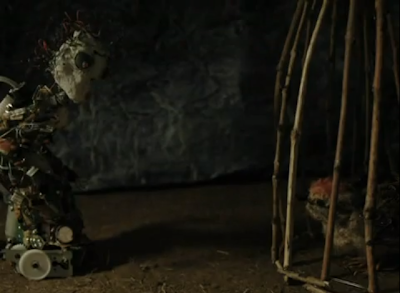 The animation style and character designs are weird and gorgeous, and the subtle but unsettling soundtrack / voice acting fits it perfectly. The film is only around eight and half minutes long, so obviously there isn't a huge amount of character development, but there is more than enough content and the ending provides a satisfying - and somewhat inevitable - conclusion. If you enjoy animated work by The Quay Brothers, Jan Svankmajer, or the stop-motion music videos of the band Tool, you'll probably enjoy Bloodfeathers too. 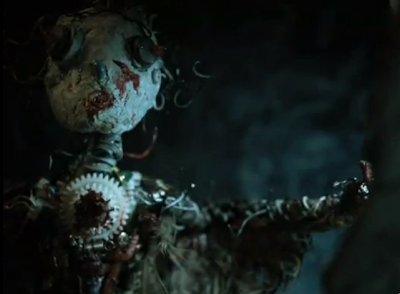 You can watch the entire short below:

The first video for HSL from The Crimson Reviewer, featuring a crossover guest appearance from The Lesser Known Reviewer.

This is the first video for HSL from our new contributor, Danny Huckins; a review of the fan made movie Nightmare on Elm Street - Freddy's Return: A Nightmare Reborn!

Watch more of Danny's reviews & subscribe over at his channel:
Danny Huckins Official

You can also watch the full NOES movie below:
http://youtu.be/KUQqouxeso4
Posted by Lilia Tombs at 20:52 2 comments 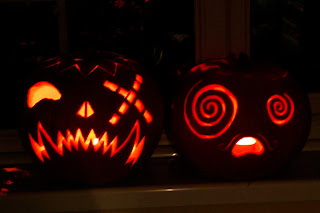 We're currently revamping Horror Shock LoliPOP and will be back on May 10th.

We'll also be welcoming our newest Ghoulish Creature, video reviewer, Tony!
Want to make review videos for Horror Shock LoliPOP? E-mail him at: tonydallape@yahoo.com with your name and a link to an "audition" review video you've made.