'Miss Peregrine's Home for Peculiar Children', by author Ransom Riggs, is a dark fantasy novel that was released earlier this month through Quirk Books. It is marketed as a young adult book, but it is very well-written and the descriptions wonderfully detailed enough that perhaps older readers may also enjoy it too. The book is also peppered with some quaint and slightly odd vintage photographs, which make the reading experience more vivid, without intruding upon the reader's own imagining of the characters, story and setting. 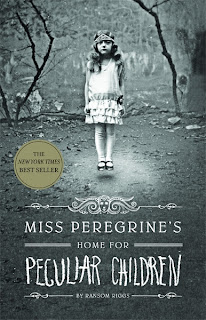 The plot centres around Jacob, a 16-year-old boy, and his quest to find the truth about his grandfather's time at a very unusual orphanage during his childhood. Near the end of his life, Jacob's grandfather becomes increasingly paranoid that the "monsters" he fled from as a boy have returned to kill him and that Jacob will also soon be in danger. Not believing these wild claims, Jacob dismisses it at delusional fantasies created by his grandfather because of the traumas of war.
However, all this changes when Jacob witnesses his grandfather's rather grisley end and is convinced that he sees someone - or something- lurking in the woods nearby. Terrifying nighmares then proceed to haunt him, along with his grandfather's plea for him to go to the orphanage that he grew up in, as he will then "be safe" there. So, after deciphering some cryptic clues, Jacob and his father travel "halfway across the world" to a small island off the coast of Wales, on which the orphanage is situated. A fabrication of a mentally ill elderly man's imagination, or real terrors? What awaits Jacob on the island?
If you want to find out, the book is out now, but if you'd like to 'test out' the prologue and first 3 chapters before that (79 pages), Quirk Books have them available for free online here: 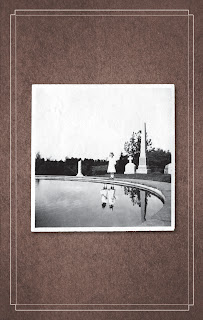 You can also watch the video trailer, shot by Dirty Robber, below:
Posted by Lilia Tombs at 03:46 2 comments

Plaseebo / Bob Conge will once again be exhibiting at the TAG in Hollywood, CA. This time one of their latest creepy creations, the skeletal space explorer, 'ASTRONOT' will be included as part of the Kaiju Show, which opens on July 8th. 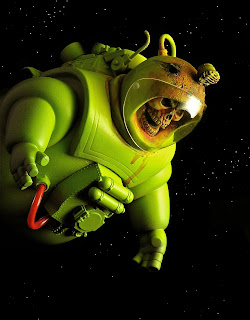 Hello there little monsters!
I bring you something amusing today!
Rob Zombie has directed a Woolite commercial... and you just need to watch the result:
I will never treat my poor clothes in a bad way again...
Posted by Vicky Spooky at 23:12 0 comments

Hello there little monsters!
MTV is rebooting the 1985's hit "Teen Wolf" in a TV series that started a couple of weeks ago!
After watching the first 3 episodes myself, I must tell you that if you're expecting something similar to the movie... well, you're not going to find it. Reboots are hardly ever as good as the original stuff but, even if it's a teen-version of it, and being produced by MTV you've probably guessed that by now, I am enjoying the serie. Not genius but still entertaining.
Here you are the trailer for those who haven't seen it, and if someone has, let me read your thoughts!
Posted by Vicky Spooky at 12:49 0 comments

Hello there my spooky kids!
Zombie craziness I bring you today!
"Zombie Go Boom is a reality show that puts zombie theories to the test. It's one part Deadliest Warrior, one part Mythbusters, all with a zombie twist.
Using real life settings we put the weapons, everyday objects and theories to the test, and you won't believe the stunning results."
With such a description I introduce you to "Zombie Go Boom", a youtube reality show which proves real life settings and weapons and the effects they may or may not have in zombies if the Apocalypse was going to happen!
Still can't imagine what I'm talking about? then check their youtube channel and start watching!
http://www.youtube.com/zombiegoboomtv
As a starting point, I'm giving you the promo video. Craaaaazy stuff!
Posted by Vicky Spooky at 01:02 0 comments

Games: The Walking Dead Board Game

Cryptozoic Entertainment recently announced the release of a board based on the popular zombie TV series, The Walking Dead.

The theme of the game, like the show, is to survive. Playing a one of the characters from the series, the aim is to find enough weapons to make it back to camp alive.

The product is due to be release in September of this year and is recommended for any and all fanatics of zombies, board games, and ghoulish fun!
Posted by sad Oasis at 19:37 0 comments