Hello there my spooky kids!
Great news for every Tim Burton fan (and I include myself in there!).
We will get TWO new movies from this horror genius this year;
First one I'm going to talk about: Dark Shadows, and the release date is actually quite close, the 11th of May!
Among the cast, we find the usual names such as Johnny Depp and Helena Bonham Carter, and other not-so-usual but interesting ones such as Michelle Pfeiffer.
The movie's based on a TV show from the 60s and it's a vampire-related story. 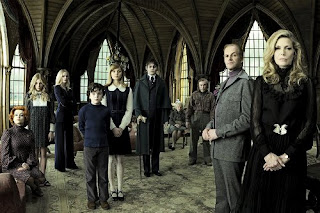 The second one is "Frankenweenie", starring Winona Ryder, which will be released the 5th of October and tells us how Young Victor conducts a science experiment to bring his beloved dog Sparky back to life, only to face unintended, sometimes monstrous, consequences. I'm pretty sure you're familiar with this one anyway since it's based on his old shorts... ;) 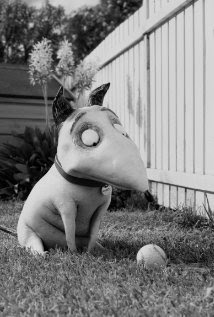 Don't know about you but I'm bloody excited about this!