Games & Reviews: The Binding of Isaac 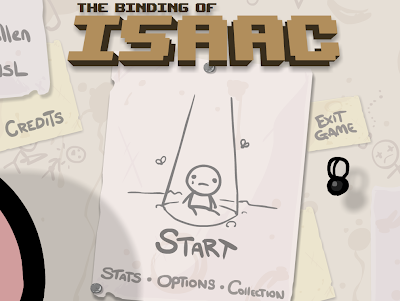 Released on Steam last September, and loosely inspired by the Biblical tale of the same name, 'The Binding of Isaac' is an independent 2D game, designed by Edmund McMillen and Florian Himsl. A small boy called Isaac lives with his mother on a hill, where they live a simple but happy life. Isaac draws pictures, while his mother watches Christian TV shows. One day, Isaac's mother hears the voice of God, telling her that her son is evil and needs to be cleansed of the corruption around him. So she takes his toys, crayons, and even his clothes away from him in an attempt to purify him. 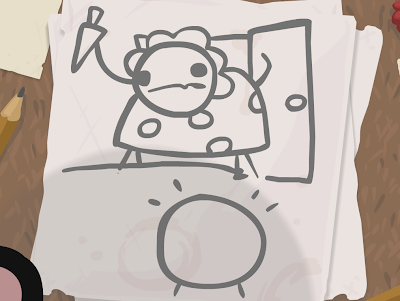 However, this is apparently not enough, and she hears the voice of God a second time, telling her that Isaac is still a sinner. This time, Isaac's mother locks him in his room, hoping that this will please her Lord. Unfortunately for Isaac, it doesn't, and his mother once again hears the voice of God. He demands that she sacrifice Isaac in order to prove her love and devotion to him, and she agrees to comply immediately. Isaac hears her conversation though, and escapes into the basement just before his mother reaches him. Sadly for Isaac, the basement happens to be full of monsters! 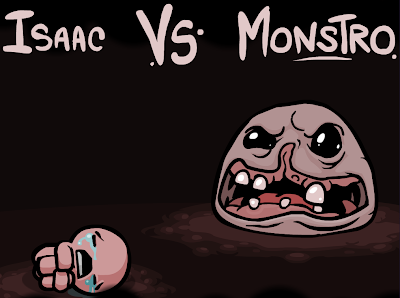 You go through the game as Isaac (or other unlockable characters), making your way through the many rooms of the impressively vast basement, where he is forced to confront all sorts of horrors, both in the present and from his past. Whilst the plot sounds pretty serious and gloomy, it really isn't and the game is full of surprises, dark humour, and the bizarre. 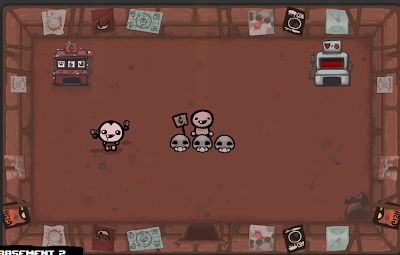 The controls are fairly simple and easy to remember, but are written on the floor of the first room in every chapter, just in case you should forget.

It is honestly an addictive game, especially with the random enemy and terrain generator at work, ensuring that no two play-throughs are the same. Whichever levels you get though, you can be sure that they'll be filled with creepy-crawlies, blood (and other bodily fluids), utterly strange power-ups,  various secrets, and...poop. 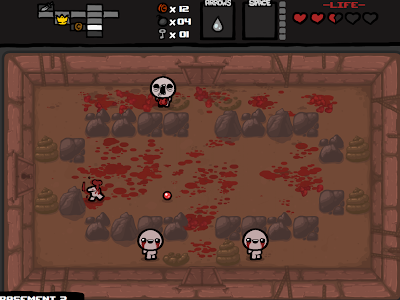 Overall, 'The Binding of Isaac' is a fun, quirky game, that doesn't take itself too seriously and provides hours of entertainment. In addition to the gameplay being enjoyable, the music, written by Danny Baranowsky, is also fantastic and sets the mood of each area wonderfully. It's surprising, especially considering that the game only costs  £3.99 (or £4.98 if you buy it together with the soundtrack). Well worth it!

To play the demo, buy the full game, or find out more, check out the links below: