Music & Reviews: Tales from the Netherworld by Ghoulshow 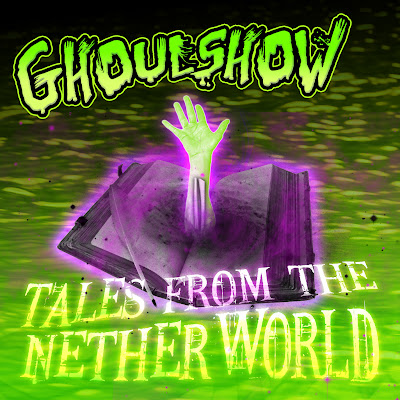 Tales from the Netherworld, is the new release by electronic horror artist Ghoulshow, coming from the UK-based label Graveyard Calling. The album is being released both in digital formats and on limited edition cassette tapes, which are available through the Bandcamp page.

It's a spooky yet danceable collection of tracks, from the theremins and saw bass of Spookhouse and menacing beat and xylophone of Jungle Voodoo, to The Cemetery (Original Mix) - a classic horror movie sample-laden collaboration with Graveyard Calling label-mate, Tommy Creep. Unusual sound and genre combinations are used throughout the album, not least on the track He Who Stalks the Night. It begins with gothic horror-esque harpsichords, before transforming into dub, then picking up the tempo with some EDM and dubstep at the end.

Two songs on the album - Nethervator and Zeta Crash Landing - have a somewhat different feel to the rest of the album. Whilst they retain the spooky vibe of the other tracks, by way of foreboding synths and minor chords, they're distinctly different. Zeta Crash Landing has spacier sound and is definitely more influenced by sci-fi than horror, while Nethervator has an appropriately mechanical sound, even incorporating elements of experimental jazz into the mix. 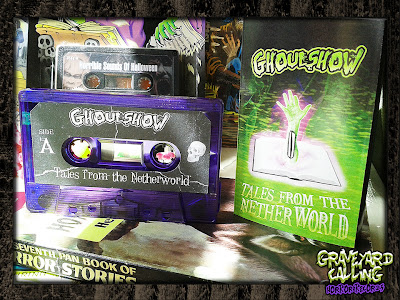 Overall, Tales from the Netherworld has a creepily sinister atmosphere, without losing the synth sound or tempo of EDM (electronic dance music), dubstep and drum & bass. Even if you're not usually into this type of music, it's still an enjoyable listen for fans of classic horror film & game soundtracks.